Savannah had never been on my radar. In fact, before planning my road trip from Florida to South Carolina, I had never really even heard of Savannah, let alone knew enough to make me want to spend time there. But, with a week in between two weekend trips on the east coast – one visiting friends in Florida and the following in Montreal for the Formula 1, I decided that instead of flying cross country twice, I’d rent a convertible and go and explore some of the South. So, after a bit of research and a night in Palm Beach, I made my way to Savannah. 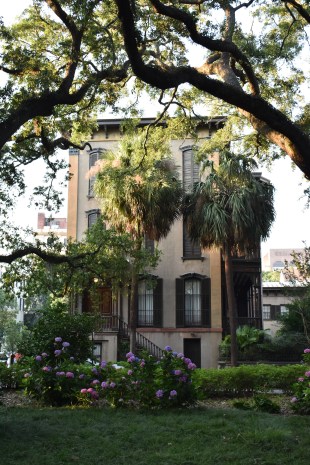 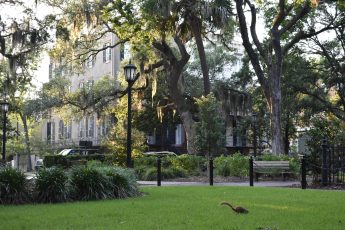 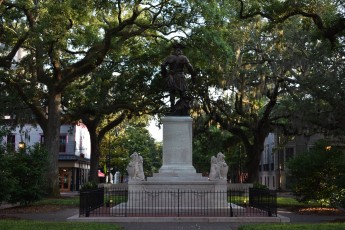 On my way to dinner on my first evening, walking up Bull Street towards Forsyth Park, I was amazed by all of the public squares (one every two blocks or so) with squirrels running between the flowers and monuments, Spanish moss dripping from the trees, and an eclectic mix of buildings surrounding each one. The following day I decided to take an architectural tour of Savannah and loved learning about Savannah’s history and buildings. 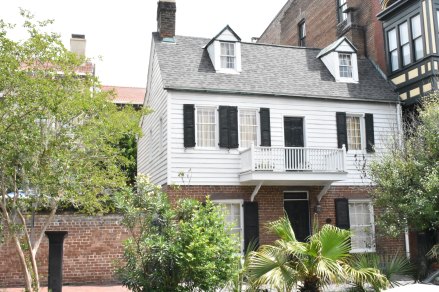 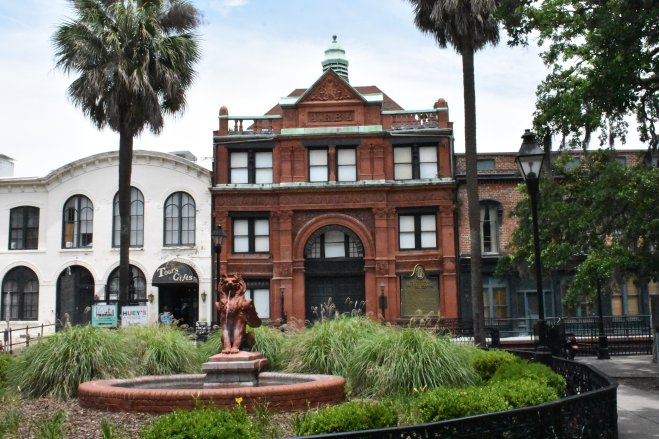 Originally established to extend English occupation further south and prevent Spanish Florida from expanding, some buildings in Savannah date as far back as 1790. Admittedly, that is not all that long ago, but here in the US where anything older than 50 years is basically considered historic, it feels rather old world.

Along Broughton Street, storefronts designed in 1850’s Greek Revival style stand alongside more recent Art Deco designs. Here you’ll also find The Paris Market and Brocante which consists of a lovely cafe and shop filled with all sorts of delicious treats and fantastic treasures as well as the Marshall House, where I stayed and one of a number of properties in the city built by the female developer, Mary Marshall. 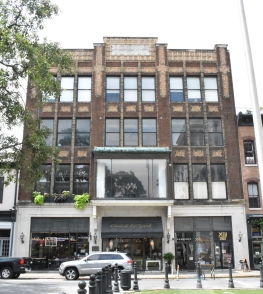 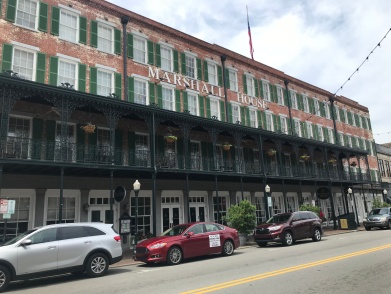 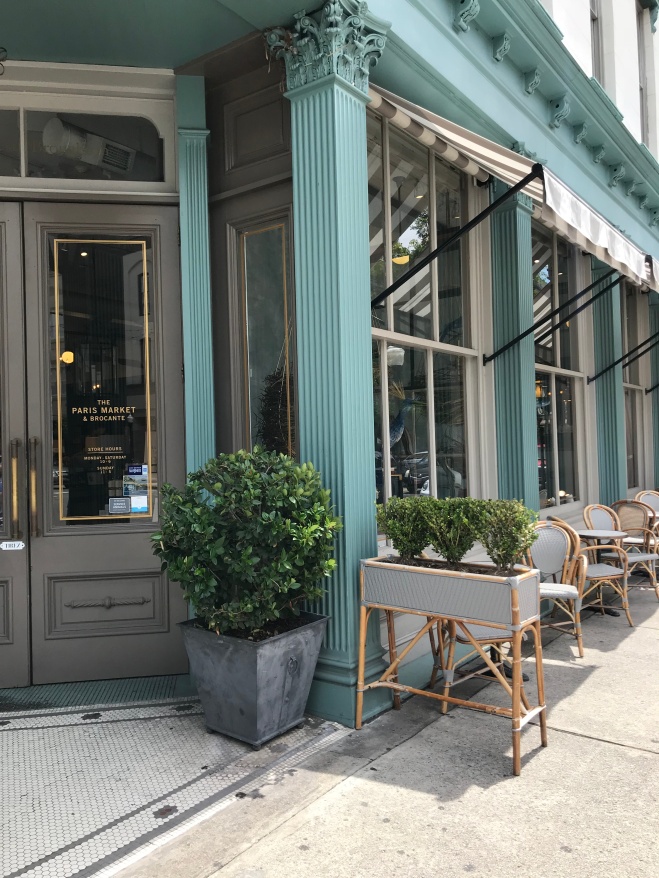 Vernacular Georgian homes with the typical 5, 4 and a door configuration (5 windows on the upper level, 4 on the lower level with a door in the middle) stand alongside early skyscrapers from the 1920’s which were modeled after Roman columns – heavy at the base, a long shaft, and a decorative capital. 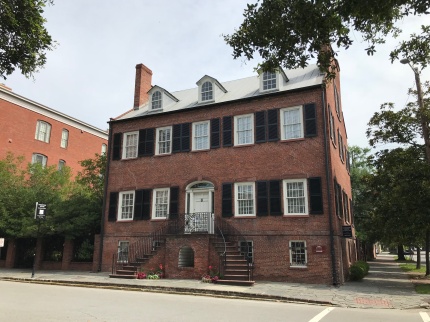 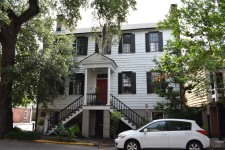 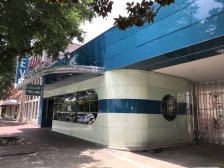 It really is quite a lovely little city to wander around and I thoroughly enjoyed my 24 hours in Savannah which, besides the architectural tour, included a run around Forsyth Park to admire all of the grand homes with large porches and bay windows that surround the park, 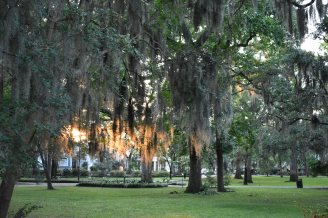 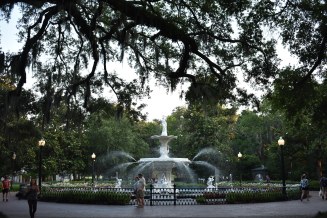 a walk through City Market and along the river, 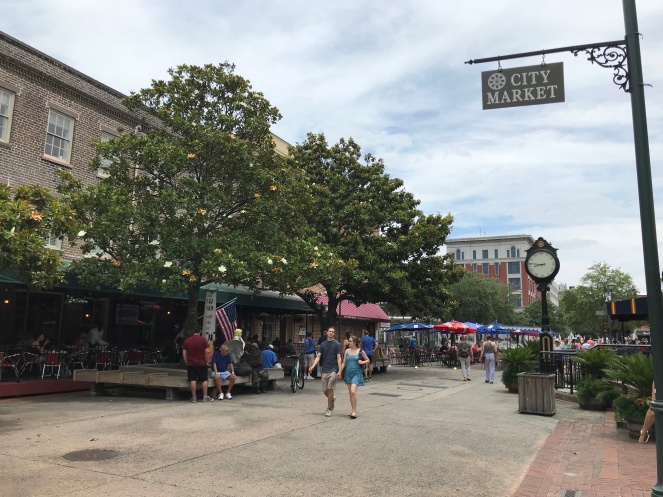 browsing through the treasures in The Paris Market, 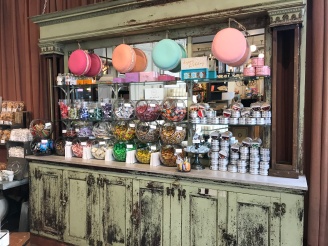 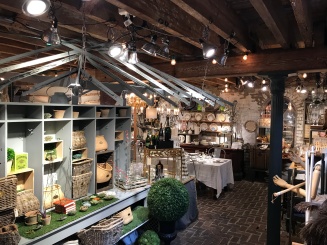 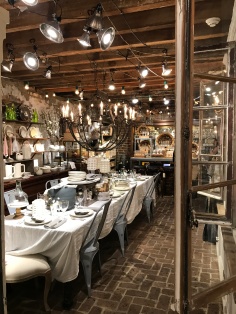 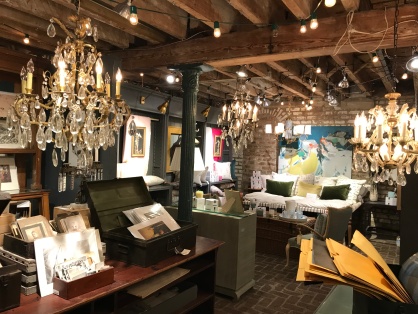 a tour of the Owens-Thomas House, 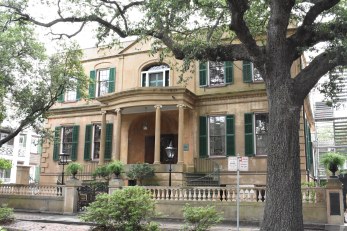 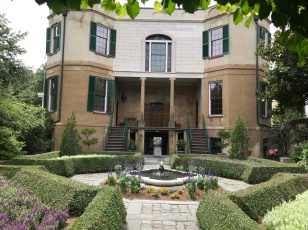 some delicious meals, which you can read about here, and lastly, an ice cream at Leopold’s (yes, it really is worth standing in line for)! 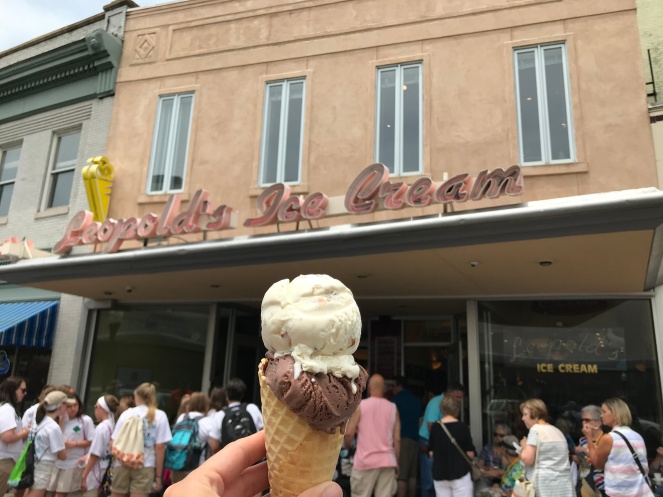 2 thoughts on “Savannah: An architectural museum”