After being put off twice by the long queue outside Preservation Hall, eventually, on my last night, after figuring out that I could buy a ticket online and skip the queue, I finally managed to watch a six piece band play in the single tiny room that was established in 1961 to honor traditional New Orleans jazz.

Earlier in the day I had wandered along the Mississippi River, which is lined with outlet shopping malls and enormous cruise ships, and then passed Harrah’s Casino and along Bourbon Street with its strip clubs and tacky bars serving daiquiris in plastic cups (as they do along the Las Vegas strip). And while sitting listening to the Preservation Legacy Band playing (mostly terrible) requests from the audience, including singing happy birthday to the gentleman sitting next to me who was celebrating his 90th birthday, I was saddened to think that all of the charm and wonder of New Orleans that I had experienced the previous few days (some of which you can read about here) are at risk of being destroyed and forgotten.

“New Orleans, unlike a lot of those places you go back to and that don’t have the magic anymore, still has got it.” – Bob Dylan

So my hope is for the preservation of New Orleans, not to appease tourists, but to ensure that it never loses its magic – its music, played equally well by musicians on the streets as in its many fantastic music venues; its inhabitants with their easy going, laid back nature; its buildings with sunny porches and wrought iron balconies; its historic oak trees that offer shade for the elderly and jungle gyms for the young; its $7 po’boy sandwiches and delicious beignets; its streetcars; its remarkably efficient gas street lamps still made by hand by local blacksmiths; its cemeteries with their huge tombs and eerie tales of how bodies would float to the surface if buried underground, and that if I return to New Orleans one day I will still be able to enjoy all the best that it has to offer… 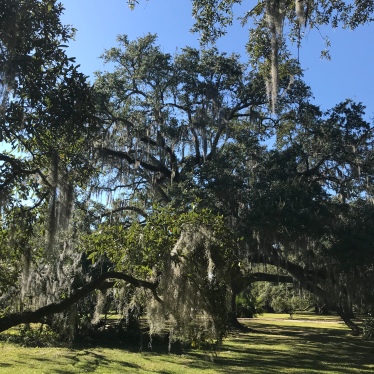