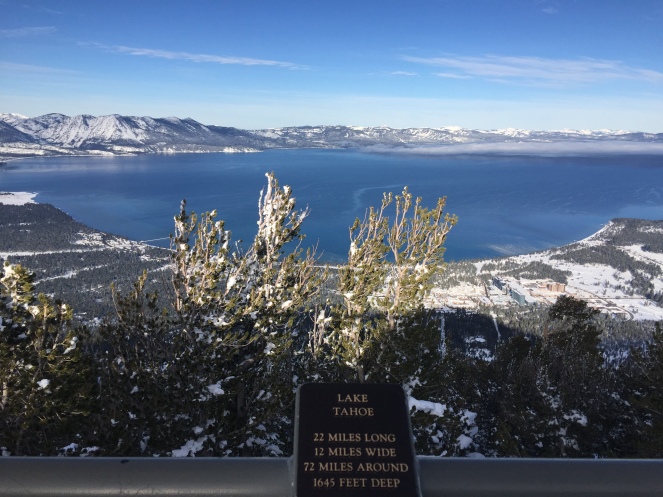 Ever since moving to San Francisco nine months ago, we have been wanting to take a trip to Lake Tahoe.  It’s only about a three and a half hour drive north east of San Francisco on the Nevada state line (in fact the state line runs right through the middle of the lake) and I’ve seen photos of friends tanning alongside the lake in Summer and now that Winter is upon us, almost everyone that you bump into is heading to Tahoe to go skiing or snowboarding.  So, having heard about how much snow has fallen over the past few weeks and with the weekend looking bright and sunny, we finally made the trip and headed up to Heavenly in South Lake Tahoe.

It’s a pretty boring drive from San Francisco to Sacramento and even for a good 50 miles thereafter but as you get beyond Placerville, you start climbing into the Sierra Nevada mountains where the spectacular views of the snowy landscape start.  The higher we got, the higher the mounds of snow on the sides of the road were and eventually they towered well above us.  We decided to pull off the main road and drove through a hamlet where icicles hung in front of the windows and the roofs were covered in so much snow it looked like they were about to collapse (and in fact the roof of a car had collapsed).  The roads were also much narrower and still covered in snow – it was like we had driven into a Winter wonderland and it was absolutely gorgeous.  Never having seen so much snow before, I immediately jumped out of the car and delighted in playing in the piles of soft, white snow! 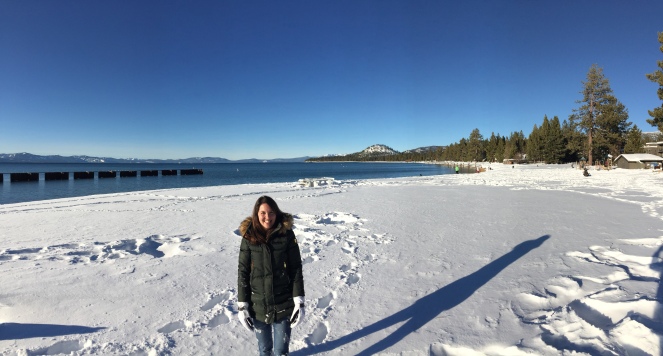 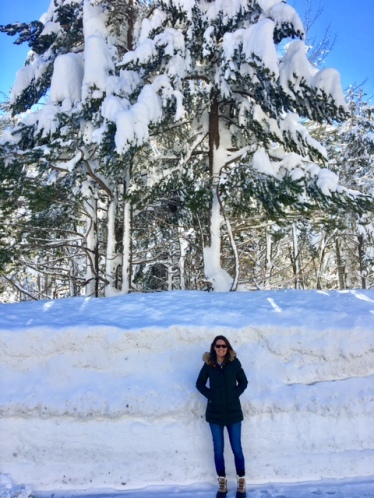 Once we arrived in Heavenly, we got our gear and headed up the gonodola.  Having only skied once before in 2015 (with little success) I decided to take a ski lesson.  With some time to spare before the 10 o’clock start time, a ski instructor advised me to get off the gondola at the observation deck and I am so glad that I took his advice and made the stop.  The views from the observation deck are stunning and I grabbed a cup of hot chocolate to keep me warm while taking them all in.  Keep in mind that the gondola only stops at the observation deck on the way up, so if you do plan on visiting the observation deck, make sure to give yourself some spare time before you hit the slopes. 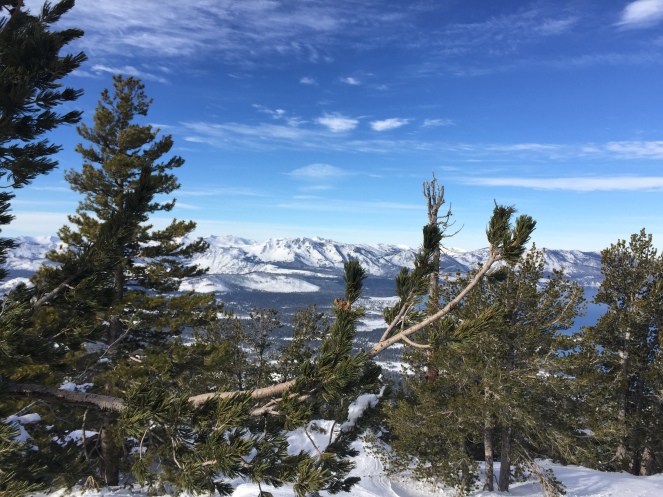 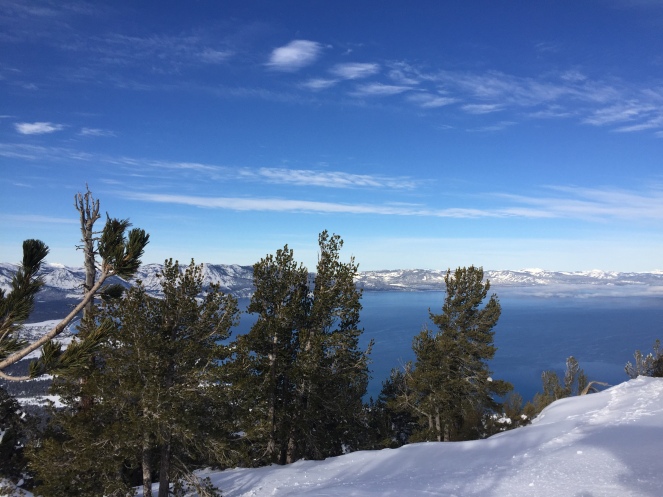 After a morning of ski school and a few trips up the chair lift, I had had quite enough of skiing (I’ve decided that skiing really isn’t my thing) and by 1 o’clock, I was ready to take off my ski boots and jacket and sit in the sun with a drink.  We had a few drinks at Tamarack Lodge, at the top of the gondola, before heading down.  We decided to go to the lake (where I could play in the snow some more) and then drove to Edgewood Tahoe Golf Course for a late lunch.  The golf course looked gorgeous covered in snow and thanks to the fantastic happy hour (from 3 to 6) at Brooks’ Bar and Deck we spent the afternoon indulging in cheese fondue, chicken wings and red wine.  The sun was setting as we left and we managed to find a spot on the jetty and braved the cold for just long enough to enjoy the sunset over the lake.

That evening we headed to Azul Latin Kitchen and enjoyed Mexican fare and margaritas around the open fire pit.  After a last drink at McP’s Irish pub, we decided to call it a night and snuggled up in front of the (gas) fireplace in our little room at Alpenrose Inn which was the perfect end to our wintry weekend away.

2 thoughts on “A Heavenly weekend”